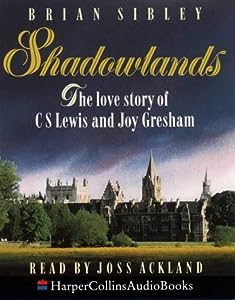 My daughter borrowed the video of Miyazaki’s movie ゲド戦記.  I have seen this movie before. I found it intriguing, but rather unsatisfying. There were many themes or echoes of earlier Miyazaki movies, like the witch who held the heart of the main character – an idea found also in Howl’s Moving Castle (itself, based on a British novel).

When I was a teenager, I read a great deal of science fiction, and tho I read less of that genre now, I still enjoy science-fiction movies such as I, Robot, Blade Runner, and Avatar. The Miyazaki movie is based on a series of books by the American science fiction writer, Ursula Le Guin. Wikipedia tells us that

In the past, Le Guin had rejected Hayao Miyazaki’s offer to create a film based on the series, but due to her love of his films, Le Guin granted Studio Ghibli the rights. The story is based mainly on elements of the third and fourth novels of Earthsea; however, Le Guin has stated that she found this rendition of her work “disappointing” and untrue to the spirit of Earthsea.

Le Guin was very critical of The Dark Tower, a science-fiction story supposedly written by C.S. Lewis：she thought it embarrassingly bad. Later, Le Guin read a book  disputing that The Dark Tower had in fact been written by Lewis. The book was by Kathryn Lindskoog and was called The C.S. Lewis Hoax. After reading it, Le Guin changed her mind about Lewis:

I finished it liking Lewis, as man and artist, better than I had ever done before.

Kathryn Lindskoog was a fan of C.S. Lewis and wrote her thesis about his work. She went to England to meet C.S. Lewis and met him in Oxford in 1956. She wrote about her meeting him here.

In session #22, we discussed allegory. Perhaps I gave the impression that I think the Narnia stories are allegories.  However, after reading chapter 1 of Reading with the Heart: the Way into Narnia by Peter J. Schakel, I have changed  my mind.

Lewis himself called them [the Narnia Chronicles] fairy tales and, more specifically, the type of fairy tales known as fantasies.

What are fairy tales?

Fairy tales, by definition, are short stories, involving supernatural events and characters such as elves, fairy godmothers, and witches, set in whole or in part in a never-never land. Lewis’s friend, J. R. R. Tolkien, whose ideas influenced Lewis greatly, defines a “fairy-story” as “one which touches on or uses Faërie, whatever its own main purpose may be: satire, adventure, morality, fantasy.” “Faërie itself,” Tolkien goes on to say, “may perhaps most nearly be translated by Magic—but it is magic of a peculiar mood and power,” the power of Enchantment.

As fairy tales, then, the Chronicles, will be characterized by strangeness and wonder, usually produced by magic, but at the same time, as fantasies, they must be believable and have internal consistency. Such believability is attained, in fairy tales which are also fantasies, by creation of a separate, “enchanted” world into which characters and readers are taken.

What is a fantasy?

A fantasy, in literary terms, is “a work which takes place in a non-existent and unreal world, such as fairy-land.” [Holman, A Handbook to Literature, p. 219] A fantasy world should be independent of our world and self-sufficient: all the information needed to understand actions and meanings should be available within that world. It is an imaginary world and may have natural laws different from those of our world, but once those laws are established, they must be adhered to—if they are ignored or violated, the magic spell of the story will be broken. Tolkien again provides a useful explanation: “What really happens is that the story-maker proves a successful ‘subcreator.’ He makes a Secondary World which your mind can enter. Inside it, what he relates is ‘true’: it accords with the laws of that world. You therefore believe it, while you are, as it were, inside.” [Tolkien, “On Fairy-Stories,” p. 60]

What is myth? Perhaps the common idea of myth is “fictitious story, or unscientific account, theory, belief, etc.” However, Lewis had a more precise idea:

A myth, according to Lewis, is a narrative with a simple, satisfactory and inevitable shape which imparts to its readers’ imaginations a real though unfocused gleam of divine truth. A myth, in other words, is a story, a narrative; it depends for effect upon its shape, upon what happens to whom for what reasons, not upon the particular words or style in which it is told; it must communicate imaginatively, not intellectually; and at its heart must be a truth of universal significance or applicability… “When allegory is at its best, it approaches myth, which must be grasped with the imagination, not with the intellect.” [Preface to The Pilgrim’s Regress, 3rd ed. (London: Bles, 1943), p. 13.]

Schakel believes that the Narnia stories are not allegory, and should not be read as such. To support his view, he quotes Lewis himself.

He tried to set matters straight in his essay “Sometimes Fairy Stories May Say Best What’s to be Said”: “Some people seem to think that I began by asking myself how I could say something about Christianity to children; then fixed on the fairy tale as an instrument; then . . . drew up a list of basic Christian truths and hammered out ‘allegories’ to embody them. This is all pure moonshine. I couldn’t write in that way at all” (Of Other Worlds, p. 36). Elsewhere he cites the use of a secondary world as evidence that Aslan is not to be taken as an allegorical figure:

In reality . . . he is an invention giving an imaginary answer to the question, “What might Christ become like, if there really were a world like Narnia and He chose to be incarnate and die and rise again in that world as He actually has done in ours?” This is not allegory at all. . . . The Incarnation of Christ in another world is mere supposal; but granted the  supposition, He would really have been a physical object in that world as He was in Palestine. ( Letters of C. S. Lewis, ed. W. H. Lewis (London: Bles, 1966), p. 283.)

Lewis expected his readers to enter his supposed world fully, to accept it as real and self-contained, and not to be asking what details in Narnia stand for in our world or looking for meanings that can be abstracted from the story through allegory. Their primary appeal, he expected, would be to the heart, not the head.

Thanks for attending the Feb. 24th session. How did you find the pace? Was it too slow? Too fast? As always, I will be glad to receive your comments.

In this session, we touched on a number of topics:

The next session will be Wednesday, March 10th, 3-5 pm. Your homework is to finish reading Chapter 2, and read chapters 3-5. In the next session, we will not read all the text, but only read some excerpts. I will ask you to give short summaries of the chapters.

If you find some interesting or useful articles or books in Japanese about CS Lewis, either general ones, or ones about the Narnia or other stories, please pass them on to me.

Also, I encourage you to try and read some other works by C.S. Lewis. If his adult fiction sounds too difficult, then how about trying another Narnia story? Although the one we are now reading is the most well known, I think some of the other Narnia stories are even better and more satisfying.

Thanks to one of our members (thank you, Yoko), below is a list of links to Japanese websites related to CS Lewis. Perhaps one (or more) of you will have enough time and interest to read something else by C.S. Lewis in Japanese and tell us about it at one of our future sessions.

Tezukayama University library has a number of books, by C.S. Lewis, as well as books about Lewis, in both English and Japanese (actually more books in Japanese than in English). You can search the library online by clicking here.

C.S. Lewis’ The Screwtape Letters has been translated into Japanese, and is titled 悪魔の手紙

One of the links below is to a dramatization of Lewis’ allegory, The Great Divorce (Collected Letters of C.S. Lewis)

, now playing in Seattle. (The Japanese translation is called 天国と地獄の離婚―ひとつの夢

And here, a young mother blogs about reading Lewis’ Till We Have Faces: A Myth Retold

(in Japanese, 顔を持つまで 王女プシケーと姉オリュアルの愛の神話). It’s nice and short, and gives you an idea of what it’s about, and whether you would like to read it or not. I will provide copies of chapters 2 and 3 for the following session (February 24th), but after that you will be expected to obtain your own copies of the book. (My copy cost just 840 yen from Amazon Japan; I recommend you buy second-hand from Amazon Japan: they are good quality and often much cheaper.)

In the first session, we will read the text together and discuss it, as we have done in previous sessions. However, in future sessions, I would like to spend less time reading the text, and instead discussing certain questions or themes.  In order to discuss these themes or questions, you will need to do some extra reading. This will of course be optional, and perhaps we can find a way to share the work.

The themes and questions: some I will suggest, but I expect some questions or themes will be suggested by you, the readers.

I look forward to seeing you on Wednesday, Feb. 3rd.